23 Tips To Complete Retribution On Legendary

This year’s Overwatch Archives event contains the brand new Retribution PvE mission. In Retribution, players relive a Blackwatch mission gone horribly wrong, having to fight off hordes of Talon forces in the streets of Venice. This is a breeze for most players on the lower difficulties, but on Expert and Legendary it can be quite the task to make it out of the Rialto district in one piece. Since this event doesn’t require a strictly followed playbook (as is the case with Junkenstein’s Revenge, for example) we thought we’d gather the best Retribution tips and tricks in order to help you get those shiny achievements and the bragging rights that come with them. There’s a few days left in the event so there’s still plenty of time to go and grab those sprays! 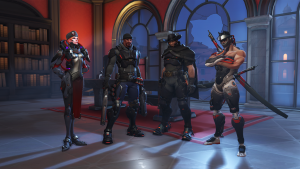 Clearing out these mobs as fast as possible is always a good idea.

Try out the mode on easy first

By now most people who want to complete all the achievements will know most of the map, but if you’re only just getting started with your Retribution runs it’s a good idea to at least do one run on easy. It’s practically impossible to lose on the easiest difficulty and it’ll allow you to scope out the map and overall feel of the game mode. 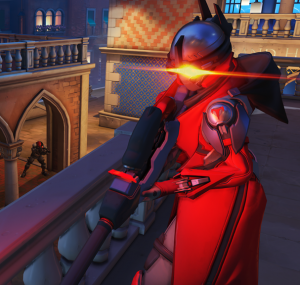 Don’t stay in the line of fire for too long or you will be killed.

Rialto has quite a few nooks and crannies, as well as a few side paths which loop around the main pathway of the map. Use this to your advantage. If you do not use cover effectively you will get mowed down. There’s plenty of cover throughout most of the map, so make sure most of the enemy bullets land in the wall as opposed to your head.

You only have one healer in this gamemode and she’s not a long range healer. If you’re off on a ‘heroic mission’ as if you’re trying to get POTG in Quickplay you cannot be healed nor can you be helped by your teammates if you end up in a sticky situation. Move together as a group and help each other out.

If things go awry and you feel like you’re going to die then try and retreat somewhere safe(ish) so that your teammates have an easier time getting you back in the fight. There’s no use dashing into the middle of an open space in order to get that last kill on a regular mob before getting downed, as that will make it infinitely harder to rez you back up.

When an enemy boss spawns it’s always best to isolate them/fight them ‘on your terms’ to make sure that you’re not getting overwhelmed by mobs when fighting the boss. This is absolutely vital with the heavy assault units. Once a heavy spawns you need to rotate constantly. The heavy moves very slowly (unless it’s charging, but that has a predictable element to it) so use that to your advantage. Make sure you and your team (again; it’s empirical that you stay together) are constantly moving in a loop and retreating to safety, outputting damage on the Heavy during moments of safety (Genji’s reflect is absolutely wonderful for creating these moments) and then retreating again through one of the many corridors the map has. Just make sure to not end up in a dead end street.

Killing a Heavy is a matter of patience and strategy, don’t try to rush it. 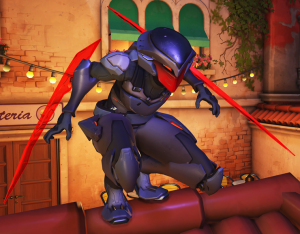 Focus the assassin down as fast as possible.

Punching the assassin stuns it

Short and simple. If the assassin is on top of a teammate just melee it to stun.

Don’t panic when someone dies

Unless you’re going for that particular achievement, having a teammate die is not the end of the world. You’ve got 40 seconds to rez them back up, so make sure to kite the enemies away from that position (by doing a loop around a section of the map, for example) and then rez them when the enemies are drawn out of position.

All too often I see runs end because someone wants to make a hero play when there’s absolutely no need to attempt anything risky. Winning this mode on the higher difficulties is about strategy, patience, and teamwork, it’s not about making big flashy plays by yourself. Don’t ult straight next to a heavy, don’t run off by yourself to clear ‘those last few enemies over there,’… Every mistake gets punished almost instantly, and one silly death can quickly snowball. Focus on staying alive and being useful to your team instead of being ‘the hero.’ Even if you’re only doing chip damage at a certain point of the mission, you’re still far more useful alive than  dead.

Not everyone who plays on Expert or Legendary will know ‘the meta’ so it can be quite useful to at least agree on a basic strategy before the mission begins. You don’t have to be going all out as if you’re Seal Team 6, but teamwork (and communication) makes the dream work, so it’s super useful if you’re all on the same page.

Retribution has been out for a while now and this is a list of the most often mentioned and used tips and tricks which has helped players complete the mission on the harder difficulties. If you have any more tips then feel free to add a comment or hit me up on Twitter!