6 Tips To Get The Right Gaming Mindset

Getting to the top in any given game is no easy task. You need to have the technical skills to beat out millions of other people, you need to have the time to dedicate to (team) practice, you need excellent gamesense, … An aspect that’s often neglected (at least when it comes to gaming) is having the right mindset. Making sure you’re up for the task mentally is of critical importance if you want to succeed. This doesn’t just apply to people who want to go pro either. Whether you just want to get out of Bronze or you’re preparing for that final push towards the number 1 rank; these tips will help you out with your gaming mindset.

Make sure you are prepared 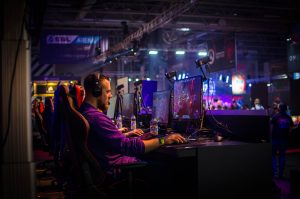 This one is more for the newer players among us; but whenever you jump into a game you’ll want to make sure you are prepared. If you haven’t played your favorite game in a while and you’re not up to date with the newest patches or meta changes you should quickly hit the internet to see what’s up. If you hop into a game and you don’t even know what’s going on you’re not only doing yourself a disservice, but also your teammates.

Jumping onto the competitive ladder while not having the full picture of what’s going on in the game (either due to you not having taken enough time to familiarize yourself with the game before hopping on the ladder or due to being out of touch with recent patches, new heroes, …) is the equivalent of hopping in a fighter jet without doing any pre flight checkups. Yeah, you just might be fine and make it back in one piece, but when something unexpected happens up there you’ll be wishing that you took the time to prepare yourself.

This also counts (to a lesser extent) for gear. If you’re playing on an old uncomfortable mouse or a super laggy PC you’re probably not going to get as much enjoyment out of the game as you can, leading to subpar performances. If your budget allows it make sure to get peripherals that you love to play with.

Don’t fear your enemies (but also don’t get cocky)

Something that I see a lot of players (unconsciously) do is having way too much respect for the enemy players. I’m not talking about saying ‘gl hf‘ and ‘gg‘ and the likes, you should always be respectful to the humans on the other side of the screen; I’m talking about respecting their skill. When you get in a lobby and you see a player with a higher rank/better KDR/… than yours you shouldn’t cower in fear and resign to the fact that defeat is imminent.

If you get in a match and you’re too afraid to push B site because ‘that Supreme is holding that site‘ you’ll start to play like it whenever you meet that player. You should always be confident in your own skills. Instead of thinking ‘oh no, they’re going to wipe the floor with us because they outrank us‘ you should be thinking ‘I’ll show these guys that their rank means nothing.‘

It sounds silly, but if you underestimate yourself from the get-go you’re going to be playing worse than you could be playing. There’s obviously another side to the medal too. If you get overconfident you’ll be tempted to make plays which are easy to punish, so try to keep yourself in check. Don’t underestimate (or overestimate) your own skills.

Be critical of yourself 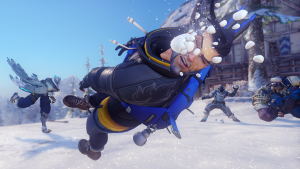 One of the key aspects to improving (at anything) is having the ability to take and process criticism, both from others and from yourself. No one is perfect at anything, and everyone makes mistakes. The better you get at something the less mistakes you make, but you’ll still be making them. Being able to identify and rectify those mistakes is one of the easiest routes to being a better player.

For example: next time you get killed, instead of raging or skipping the kill cam or what have you, take your time to reflect on your death. Try to assess (with a clear mind) how you got killed. Was your positioning bad? Did you peek at a predictable time and angle? Was your ultimate telegraphed? There are obviously going to be situations where you did everything right and still got domed, but if you really reflect on your deaths honestly you’ll find that most times you’re going to find some aspects (however small they may be) of your gameplay that you could’ve done better.

If you do this for every setback you have and you actively try to work on your shortcomings (it’s one thing to recognize that your strafing pattern is predictable, it’s another thing to actually work on it) you’ll see that you’re going to be rising up the ranks super quickly.

Note: a super helpful and very productive way to learn from your own mistakes is to record and review demos of your own gameplay. If you find that you’re having trouble with rationally evaluating the situation ingame or right after the game it can be a good start to review your demos the day after, or have someone else review them.

Control your emotions and don’t try to micromanage everything 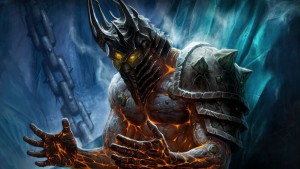 Unless you’re playing in a team or with a full stack all the time you yourself are going to be the only factor appearing in every game that you can actually control. Sure, you might have been matched with a drunken fool who’s doing nothing but feeding, but spouting verbal abuse at that person isn’t going to help, and smashing your mouse against your desk isn’t going to change the outcome of the match. One of the fastest, most surefire ways to lose multiple games in a row is to tilt or having a team that’s on tilt. We’ve got a guide on how to manage tilt but in short: it’s important to realize that you cannot control everything.

If you’re solo queuing in (for example) CSGO you’ll always be playing 5 vs. 5. You might feel like you’re getting matched with the trolls, throwers, and other kinds of idiots all the time, but statistically speaking the odds are in your advantage. You’re not a troll or a thrower (hopefully at least), and while the other 4 teammates you get matched with might be, the other team has 5 open slots for a potential buffoon to fill it. The enemy team is thus more likely to end up with a negative influence on their team, since there’s 5 possible chances that they end up with useless teammates as opposed to 4 for your team.

All of this doesn’t help much if Lady Fortuna hates you on a particular day and you do sometimes get paired up with all of the bad teammates by some stroke of bad luck, but even then it’s important that you stay calm and focus on yourself. Directing rage or frustration towards factors you cannot possibly control (such as random matchmaking) is especially counter-productive. If it’s getting too bad on a particular day and you find that you’re no longer having fun or you feel like you’re tilting then there’s nothing wrong with taking a break either.

Remember to have fun

Most multiplayer releases these days need to have a ‘competitive mode’ or scene. There used to be a time where multiplayer was just that; you’re playing online with and against other people. Competitive ranks and all of that weren’t really the norm. Nowadays gamers usually want a competitive element to their online aspect and that’s fine, but it does lead to certain types of people being completely unable to enjoy a game.

Unless you’re being paid to play the game you should just stop if you’re not having fun. It’s not a job. Yes, it’s frustrating to be defeated when you’ve just played the game of your life and your teammates couldn’t quite pick up the pace, we all know that. It’s part of the game though. For every frustrating loss or defeat you suffer you’ll inflict the same upon other players. Losing is a part of every game, it shouldn’t be viewed as something that is to be avoided at all costs, because that’s impossible. Obviously you should play to win, but there’s no shame in losing. Literally everyone does it. Again: take it as an opportunity to reflect on what you (once more: there’s no need to over-analyse your teammates, you can’t control them) could have done better.

In conclusion: games should be fun. No one is forcing you to grind through blood, sweat, and tears (well, unless you’re being paid to play, obviously) so if you feel like the game is getting the better of you it is okay to take a break and play something else. 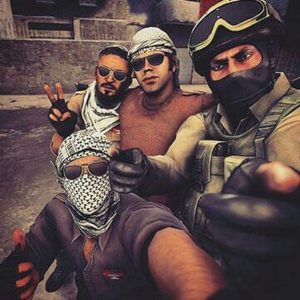 Lots of players are afraid to enter the competitive modes of their respective games (a phenomenon that’s called ‘Ladder Anxiety’). While the tips above are all helpful in dealing with ladder anxiety on their own, it really is a topic that deserves its own article. It sounds awfully simplistic, and for some players this won’t be an issue at all, but don’t be afraid to mess up or lose.

I know Overwatch players who play a mean Genji in Quickplay or community servers, but once they get to competitive they resort to sitting in the backline throwing potshots and doing really nothing of value all game because they’re too afraid to mess up. In a sense that’s a normal way of thinking: competitive gamemodes should be taken more seriously than the casual modes (which are often memefests in their own right), but if you cripple yourself with a sort of fear you won’t be half the player you normally are.

If you know you’ve got a really good AWP then don’t be afraid to ask your teammates if you can AWP. So what if you miss an easy shot and get killed? It’s not ideal, far from it, but even the best of the best make mistakes. It’s up to you to accept that mistakes happen and to take those mistakes as a learning opportunity. Will you get laughed at if you miss a headshot on a stationary enemy who had no idea you were there? Probably. Does that matter? No. It’s all part of the game.

By now you’ll have noticed that a lot of these tips tie in together and all boil down to one (or two) overarching conclusions, and that’s the point. There are dozens upon dozens of articles and books out there which you can read on the psychology of competing, but one of the more important aspects when related to gaming is that you’re able to calmly learn from your mistakes, and use failures and setbacks as a foundation for improvement. If you really focus on implementing these tips in your overall mindset you’ll find that you’re going to be improving as a player in no time at all. Good luck out there!