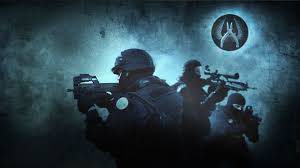 Professional CS:GO Players take part in matches so exciting that you will not forget them. Especially when it gets down to the wire. Professional CS:GO right now is more competitive than ever and watching games live is always awesome. There are a lot of memorable games that every CS:GO enthusiast has to have watched. The matches in this list will have you edging on your seat if you have not seen them yet.

Majors generally deliver the best CS:GO matches. Rivals clashing, underdogs upsetting and the general hype that leads up to the tournament. Every time rivals like Fnatic and Ninjas in Pyjamas, Luminosity and Na’vi, EnvyUs and Astralis face each other, a hell of a game is bound to happen. The perfect example is the Fnatic (Olofmeister, Krimz, Pronax, flusha, JW) versus Ninjas in Pyjamas (Get_Right, f0rest, friberg, Xizt, allu) final at the Katowice 2015 Major. With NiP being 1-0 up they were supposed to take the final. Fnatic pulled it back though as they always do.

Underdog games can be quite a treat aswell. There is something about offline games that brings the best out of some players. Matches that one team is heavily favoured to win, turn out to be a thriller. G2 Esports (Maikelele, Rain, Fox, JKaem, dennis) versus the clear favorite EnvyUs (Happy, KioShima, KennyS, Apex, NBK) at the Dreamhack Cluj-Napoca Major in 2015 was the most intense underdog match I have ever watched. It had everything. Two insanely close games, star players stepping it up and was just a barn burner in every single aspect. G2 Esports was one round away from a 2-0 semifinal victory, but the experience of the french squad prevailed in the end.

For me personally, games that end extremely close are one of the most fun things to watch. That’s why I made this list so here it is: