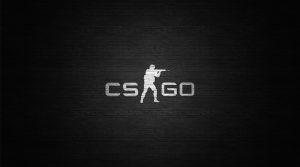 Another year of great CS is coming to a close – and it was yet another great year for CS:GO fragmovies. But let’s recap a little bit and have a look at the year in review.

The Brasilian squad “SK-Gaming” managed to win both majors under the leadership of Gabriel “Fallen” Toledo. Astralis were in a huge slump but finished to year with a second place at ELEAGUE Season 2 and a win at ECS Season 2 Finals. Another huge unexpected story was the rise of Optic Gaming. Winning ELEAGUE Season 2 was totally unexpected of them. The Ninjas in Pyjamas have also proven their worth once again. Pyth’s struggle resulted in Maikelele standing in. However, with multiple first place finishes at IEM 11 – Oakland, Starladder Season 2 and Dreamhack Malmö – they finished another year as one of the best. Team Liquid managed to place 3-4th at the MLG Columbus Major and second at ESL One Cologne due to s1mple reigniting their roster.

Natus Vincere also had multiple first place finishes but fell in performance after picking up star player Oleksandr “s1mple” Kostyliev. Team Dignitas also made their way into the top 5. No one could have predicted them winning EPICENTER 2016 which was largely thanks to Emil “Magiskb0Y” Reif and Kristian “k0nfig” Wienecke getting big frags almost every game. The all time greats, Virtus Pro, had trouble at the start of the year. Nevertheless, they turned it around later and managed to win ELEAGUE Season 1 and Dreamhack Bucharest. Another particularly interesting outlier is Niko from mousesports who has had a remarkably impressive year. Niko – The Motion is one of our favorites this year and really accentuates his unique playstyle. He is just one of the most consistent players right now (which might be because he has the lowest sensitivity out of our 30 listed teams).

G2 and EnVy both had their ups and downs. G2 was still mostly relying on their star players Adil “ScreaM” Benrlitom and Richard “shox” Papillon. Their win at the ECS Season 1 Finals was largely due to the duo playing to their best ability. EnvyUs managed to win some smaller tournaments but never returned to the performance they had in 2015.

As you can see there was a lot of CS:GO being played on a professional level which also means a lot of footage for inredible fragmovies.
To follow up on our Top 10 CS:GO Frag Movies of 2015 here is our list for 2016.

1: CS:GO | We Are Luminosity | Motivational Movie by AngryNerd CS:GO