It can be difficult to find the best MOBA mouse for you. For a player of Multiplayer Online Battle Arena (MOBA) games, several important criteria are considered when determining what would be the best gaming mouse. A recommended gaming mouse for such games must feel natural in your hand and extra buttons help for the various attacks, moves, and spells that MOBA games are known for. Here are a few gaming mice that are among the best for playing a MOBA. If you want to know what the professionals from Team Solo Mid or Team Liquid are using, youu can also check here. Here is the same for Dota 2. 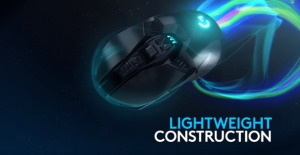 The G900 boasts Logitech’s most accurate optical sensor, the PMW3366. This works along with the surface tuning option in the Logitech Gaming Software to improve mouse control, speed, and accuracy. The mouse itself is designed to be light, weighing in at 107g, and comfortable in the hand. Left-handed users can be confident in the mouse as its ambidextrous design and fully-configurable button layout accommodates different user styles. The G900 has 11 programmable buttons and allows both wired and wireless play, with wireless play allowing up to 32 hours of gaming on a single charge. 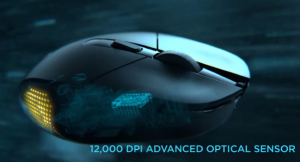 Offering the same superior optical sensor found in the G900, the PMW3366, the Logitech G303, packing high-end gaming mouse features in a smaller package, could be a better choice for a player looking for a bit simpler function or has a slighter hand. At 87g, the G303 is very lightweight, yet vigorously tested for durability by the manufacturer and includes a metal spring button tensioning system supporting reliable and rapid clicking. The G303 has 6 programmable buttons and offers tuning with the Logitech Gaming Software. 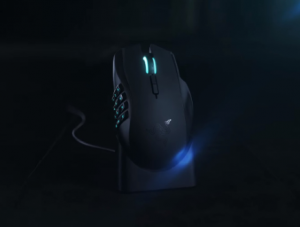 The Razer Epic Chroma’s most visible feature is the large number of programmable buttons. 19 programmable buttons, in total, are available, including 12 thumb buttons, two central buttons, a scroll wheel that clicks three ways, and the usual right and left buttons. The Razer Synapse 2.0 software allows easy programming of all buttons and supports game-specific profiles. At 150g, it isn’t a light mouse and sits high, allowing only a palm grip. 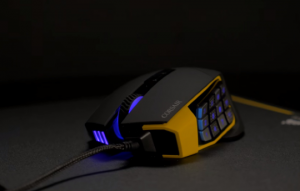 The Corsair Scimitar RGB offers 17 programmable buttons, with the 12 side buttons offering some placement customization with the Key Slider Control system. To assist with finding the correct side button during play, a course texture identifies every other side-button row. The Scimitar has a range of configuration options in the Corsair Utility Engine (CUE), such as double macros and RGB lighting. CUE also allows players to adjust the 12,000 DPI sensor to fine-tune the mouse for their gaming experience. Like the Chroma, the Scimitar is a large and heavy mouse, at 147g. 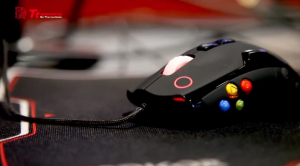 The Thermaltake VOLOS will remind many of an XBOX controller, with four of its colorful and familiarly-aligned thumb-buttons. The separation of those buttons from other side buttons allows fewer mis-clicks in the heat of play. In total, the VOLOS offers 14 configurable buttons that are programmable into up to 10 different gaming profiles with its included software. The VOLOS allows the player to customize the weight of the mouse, with 5 removable 4.5g weights located in a compartment at the bottom, to create a balanced feel that is not too bottom-heavy.

A gamer couldn’t go wrong with any of these powerful mice in their MOBA games. In the end, the best gaming mouse is the one the player feels fits the most comfortable in their hand with sufficient customization options to meet their gaming challenges.

This is a guest post by Delan Cooper, he is a freelance writer for several blogs including leagueoflegendsbetting.com – He also follows competitive esports such as Hearthstone, League of Legends, CSGO and StarCraft II.