How to Evaluate Cards in Hearthstone – A Beginner’s Guide 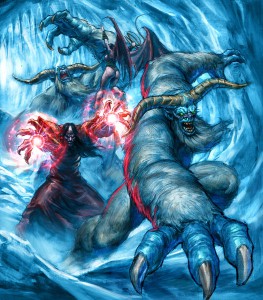 Playing your first games of Hearthstone can be overwhelming. You don’t know all the cards yet, a [Chillwind Yeti] is beating your face in and you still spend more time reading the cards than playing them. Most of us just started out jamming 30 random cards in a deck and called it a day. But if you want to get good at Hearthstone, understanding the value of each card is probably the most important aspect a beginner can learn.

Now, if you want to know how to evaluate Hearthstone cards quickly and effectively then this article is for you. These tips can help you when building constructed decks and when chosing arena cards as well.

There are two great, easy methods that can help you understand if a card is a good pickup for your deck. The first is the Vanilla Test. The second is called Quadrant Theory.
The vanilla test asks a simple question:

“Would this card be good if it had no ability?”

Some – if not most – of the cards in Hearthstone have abilities. Some abilities are very easy to activate like Deathrattle (on [Loot Hoarder] for example) – creatures die all the time. Some abilities are difficult to activate. [Kezan Mystic] can only steal secrets if your opponent is playing them. [Dread Corsair] is extremely overcosted if you don’t have a weapon. To evaluate cards in a vacuum a valuable tool is to see the card without an ability to understand the worst-case-scenario.

Cards are valued relative to their mana cost. The mana cost limits the power of the card and most cards are expected to have attack and health values that roughly equal their mana cost. A card with health, attack and mana cost of two – like [Argent Protector] – would be a decent card even without the ability. A [Knife Juggler] with attack/health of 3/2 would be even stronger. On the same scale a [Thrallmar Farseer], [Gnomeregan Infantry] or [Nightblade] are not as good – all three fall short on the vanilla test.

In all these cases the creature’s abilities are just occasional upside. Try to think about situations where these abilities can become useful to further understand the power of these cards. Additionaly, you have to be cautious about potential down-sides of cards as well. An [Ancient Watcher] for example looks pretty great on the scale of the vanilla test but after evaluating the ability you might think differently about the card. In this particular case the card can’t even attack so you have to spend additional resources to activate it which makes it harder to get value.

So if you are not sure about the relative strength of a card use the vanilla test to get a quick, simple yet effective first assessment.

To see it in a broader context we can use the second method, something called:

Despite the horribly pretentious name, Quadrant theory is an effective tool to evaluate cards and their abilities further. It tries to fit cards into four different categories that are important to win a game of Hearthstone. These categories play a critical role in understanding how many cards of a given category you need in a deck. They are especially valuable in Arena games. The question asked is quite different:

“Why am I playing this card?”

The board might be the most important of the three zones (hand, board, library) in Hearthstone and manipulating the board state is crucial to win. To successfully activate most creatures abilities you need to have a developed board. [Argent Protector] or [Shattered Sun Cleric] are much more effective if you can use their abilities on minions on your board.

Thus minions with Deathrattle that leave a (often smaller) minion behind can be extremely valuable. Some examples include [Piloted Shredder], [Haunted Creeper] or [Harvest Golem]. All these creatures pass the vanilla test if you add the health and attack of both minions together. A [Piloted Shredder] for example usually gets you about 4/3 + 2/3 = 6/6 of attack and health on the board. That’s incredible value for a 4-drop (4 mana cost creature/spell). So to get a strong board state you want multiple bodies and high attack/health.

When you are trading resources you sometimes get into a situation where both of you are drawing and playing cards from the top of your deck (topdecking). In these situations a bomb can break the parity and put you ahead. Bombs at common can be cards like [North Sea Kraken], [Boulderfist Ogre], [Force-Tank MAX] or even [Sprint]. By playing these expensive cards you can usually overwhelm lower-costed creatures and win the game. Just make sure you don’t play too much of these expensive spells and creatures as they can be too slow or even uncastable in the early game.

There are many ways to win the game in Hearthstone but most of them involve attacking with creatures. After developing the board these cards help you finish the game in a timely and unpredictable manner. Cards like [Savage Roar], [Bloodlust] or even [Stormwind Champion] can buff your creatures and finish your opponent. Don’t play too many of these though as they can sometimes not impact the board at all (e.g. if you don’t have minions for [Bloodlust]). These cards get worse and worse if you are behind on board.

Sometimes you can stumble early and not get your cards on the board in time. In general you should try and focus on proactively building a board and winning the game by trading efficiently but sometimes your draws might just not work out. There are several cards that can help you get back in the game though. Board wipes like [Flamestrike], [Consecration], or [Holy Nova] can be critical draws in the later stages of the game. Additionally, most taunt creatures help to get the game under control again. Especially [Sludge Belcher], [Master Jouster] or [Sunwalker] can help you stabilize and turn the corner. Taunt, high health and effects like Divine Shield can demand several attackers. Try to value these more highly if you feel like you might be in danger of getting overwhelmed early.

Sometimes cards can fill multiple categories as well. [Fireball] can remove opposing creatures and give you the reach to finish an opponent off. Similarly, [Argent Commander] can do the same and leave a 4/2 body behind. These cards are especially valuable. Pick them. 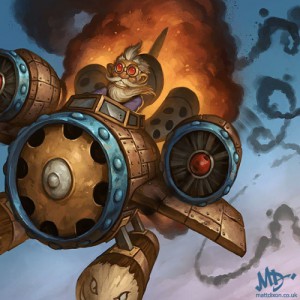 All these four categories can help you understand the role of a card better. Always try to see cards in context. These principles are applicable to most classes and most situations. But also try to understand what your deck is doing and pick your cards accordingly. A linear pro-active deck might not need taunters at all and a more reactive control deck might not need many one-drops. Also, dont forget that if your [Flying Machine] doesn’t pass the vanilla test, it’s probably not worth playing. (Sorry Matt!)