Overwatch has been out for a while now, but many people are still buying the game or trying to improve their ranks. In this list we’re going to go over some mistakes I see newer people make quite often, sometimes even in the higher ranks. So whether you’re new to the game or have been playing for months; I’m sure you can find something of value in this list.

Don’t be a hero

Yes, I know, the tagline of this game is ‘the world could always use more heroes,’ but in general it’s best to work together with your team instead of trying to go for that sick play of the game all the time. This should really speak for itself but I still see a whole lot of players go lone wolf in an attempt to be the hero.When your entire team is holding on top of gas station you’re not going to do anyone any favors by trying to 1v6 the entire enemy team the moment they run out of spawn, for example. There’s a time and place for everything and good flanking moves can really make a push, but if you run off behind the corner out of sight of your healers and everyone else on the team then you will die, no matter how many times you spam the ‘I need healing’ button. Keep an eye on your team and try to be helpful to your team. 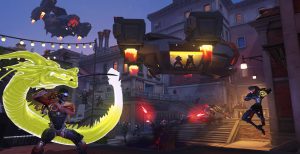 Ultimates are often the bread and butter of a good team and it takes time to learn when and how to use your character’s ult, but there are still certain ‘rules’ that go for every hero. An ultimate is an ability to help your team win the fight, it’s not a POTG button. When your entire team has been wiped and you decide to fire off your Rocket Barrage, killing three people before dying, what have you achieved? Nothing. There’s still three enemies on the point, the red team still has the point and your team is short an ultimate for the next team fight. There are obviously exceptions to this (like a last desperate overtime push or something like that) but it’s important to consider the value your team is getting out of an ultimate before you use it.

Pushing ‘Q’ the moment you have your ultimate available is often a bad idea, but it’s also a bad idea to hold onto your ult forever. Again; an ultimate should be seen as another tool to help your team win fights and if you hold on to your ult for the entire game, waiting for that perfect POTG 6 man teamkill then you’re denying your team some very valuable tools to win a team fight. So don’t throw away your ult willy-nilly but don’t hoard it all game either. Most ults charge pretty quickly so a missed or wasted ult is often not the end of the world.

In the same vein I hear a lot of people saying ‘I’ll switch after using my ult’. That could be a good idea, but use the ult at the earliest possible good moment then. If you wait for two more minutes before popping your ult you probably could’ve already built another one on the character you were about to swap to. 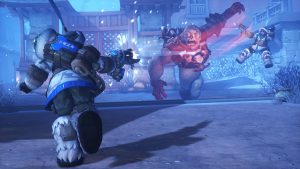 Yeah, I get it. It’s super satisfying to hear that ‘dink’ sound after you shot an enemy in the dome and you probably want to finish off that kill, but always consider if it’s safe to do so first. If you brought an enemy down to 5hp with McCree and that enemy returns to the safe embrace of his team then you probably shouldn’t roll straight into said embrace. The enemy you dinked will be getting healed up by his supports and you will be shredded by the enemy team, leaving you with 0 kills and 1 extra preventable death.

The same goes for when you’re supposed to be countering a hero on the other team. If you dive a Widowmaker as Winston and she bolts out of her position back to her team then you’ve effectively made the Widow useless for that period of time. You don’t have to constantly kill someone in order to be countering them, sometimes all you need to do is limit the opposing hero’s options so that they effectively become useless or they need to switch off.

This one should be pretty straightforward but I see a lot of newer players who limit themselves to playing only one hero. Being a one trick pony is something which generates a lot of debate, but in general it’s way better to be proficient at multiple heroes. So the least you should do is run around in the training range and test out every hero and ability there is. Even if you do this for just one minute on every hero you’ll already be far better equipped to predict your enemies and know when it’s best to engage or disengage.

If you get into a fight against a hero and you have absolutely no idea what they can do to you then you’re already at a significant disadvantage to begin with. Information is power in this case.

Know your strengths and weaknesses 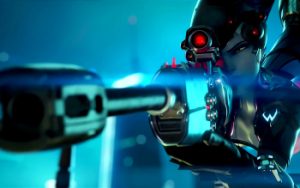 Overwatch is a game which suits many different play styles and skill levels. Are you a god aimer? Play DPS. Can’t hit the broad side of a barn even if your life depended on it? Then don’t play DPS. Slaughtering three people in a row and winning your team a fight can be immensely satisfying but the same goes for saving a teammate who was at the brink of death with a clutch Ana grenade, or completely shutting down an enemy push with Reinhardt’s Earth Shatter. Every player in the team is equally important and even though the DPS players might be the rockstars of Overwatch in the eyes of some, always remember that even the world’s best DPS players would not be able to do a thing if it weren’t for their supports and tanks keeping them safe.

So play to your strengths in competitive, and practice your aim, gamesense or whatever it is you are currently lacking in other modes.

I’m not saying you should go all meta and tryhard in Quickplay and there’s definitely a place for goofing off, but don’t goof off too much either. Quickplay is ideally the place where people go to practice heroes they’re not comfortable enough with to use in Competitive so try to respect that. Don’t be that guy who runs face first into the enemy team, emoting ‘hello’ and getting gunned down every single time. No one can get any real practice in if your team just gets rolled over and over again because some people decide to be trolls because it’s ‘just QP’. You’d probably be furious if someone on your competitive team plays with a hero they’ve only been playing for 10 minutes total, so try to respect it if people want to practice heroes outside of competitive.

The new LFG system is a perfect way to get at least moderately serious QP teams and ensuring a solid comp so don’t hesitate to use that!

Be willing to swap 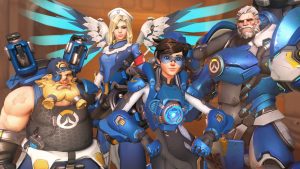 Even if you are a God Tier DPS player you can still have an off day. If you have 0 kills and 10% accuracy with McCree then maybe it’s time to switch to something a little bit less aim intensive. Overwatch matches aren’t all that long to begin with and if you try to stubbornly make your pick work the game can be over before you’ve even considered switching off. The same goes for when you’re getting countered. You might be Shadowburn’s heir in regards to Genji play but if you’ve been getting rolled by a Winston, Moira, and Brigitte all match long then you should very strongly consider switching to another hero. Be an asset to your team and don’t be that guy (or gal) who never switches off, even when their impact on the game has been literally 0.

This one shouldn’t even be here, but I still feel like it needs to be said. Try to stay positive at all times. Nothing puts your team on a fast track to the ‘defeat’ screen like playing with a bunch of tilted people. So what if some guy picked Torbjorn at the start of a match? For all you know he’s a God with it. If your Ana missed some crucial healing shots on you then she probably knows that as well, so shouting obscenities really won’t help and won’t magically bring you back to life. Overwatch is a team game and there should be room for criticism and discussion (so be open to that as well) but don’t give in to rage and flaming. There are hundreds of articles about preventing tilt in games (I have also written one), because a tilted player is always a worse player. The absolute worst thing you can do is put a player on your team on tilt because you can’t control your emotions. There’s an entire article on Overwatch communication here as well.

This one is a bit overlooked in my opinion. You can be the best aimer in town, but if you’re playing with a dusty trackball mouse on a PC which can barely handle the game then there is no way that you are reaching your full potential. Great gear can be expensive but it is so worth it to get at least some decent tech if you want to take your game even a little bit seriously. One missed headshot (and kill) because of an error with your mouse can mean the difference between winning a fight and losing it, so don’t let your gear hold you down. There’s tons of info on gear on prosettings.net.

That’s it. Some of these tips might sound basic for you, but hopefully there’s at least one tip which made you think. There are always gonna be exceptions so don’t take everything written here for granted 100%, but if you follow these guidelines you should see your skill and worth as an Overwatch player improve. Be sure to let me know if these bite sized tips are something that you enjoy!