I, personally, have found pleasure in watching tier 2 North America teams play. In reality, they seem to be playing a lot like the upper-tier teams, like Cloud9, Team Liquid and CLG. The big similarity between the two is that they also have upcoming and talented players. These players could be the next players representing North America at Columbus or Cologne. The ones to reestablish North America’s dominance in CS, and be the first ones to do this since 1.6.  The last ones to do this were legendary players like ShaGuar and fRoD, whose names have been almost forgotten by the amount of Europe’s standout players after them.  This list will contain the players that have stuck out to me as possible superstars in North America.  These are the players that want to play and win.  Some upper tier NA teams seem almost dead.  They lack motivation and potential, which are key things to have to succeed and win.  Some of the players mentioned here are not even close to competing at an international level.  Some are almost there, but are lacking one small thing.  And one is already there, but hasn’t even peaked in skill yet.  They are North America’s future. 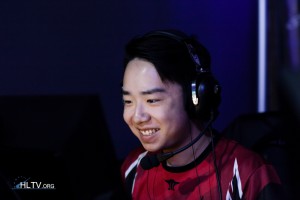 Kenneth “koosta” Suen has established himself as a top AWPer in North America over the past year, rivaling people such as Skadoodle and jdm64.  koosta has been the main reason of EnemyGG’s constantly growing success.  He led his team to an 8th place finish in the ESL ESEA Pro League, topping Winterfox and SKDC.  For a team that wasn’t very well-known, this was impressive. Despite their 8th place finish, they topped Cloud9 twice and played close with other international competing teams, proving their potential.  Last week, they nearly grabbed a sport in the Las Vegas tournament being held by FaceIt, but was beat by Conquest in the finals.  It was a true shame, since they beat 2-0ed Cloud9 in a BO3.  Since the whole team is very young, koosta and co. still have a lot of time to prove their selves at a higher level. 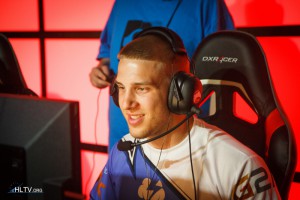 ryx has become a player to look out for in NA when he started playing with Tempo Storm, which later became Conquest.  He was apart of a decent lineup, but then found himself out in the cold when he was kicked.  ryx found himself in a bad situation, as his fellow ex-teammate, Shahzeb “ShahZam” Khan, started posting text messages about the argument in between each other when he was released from the team. Very soon after his departure from Conquest, he was picked up by compLexity.  Now that compLexity is revamping their lineup, ryx may be able to establish himself even more.  He is a player to keep your eye on.

Stanislaw started his career with Tempo Storm, much like ryx.  After Tempo Storm fell apart, he went to LunatiK.  LunatiK didn’t last long, and neither did his next team, Team Coast. Stanislaw struggled to get recognized in North America until he was picked up again by what Tempo Storm had become, Conquest.  He was the replacement for his old teammate, ryx.  Playing on LAN has been Stanislaw’s weakness.  He as a player is hit or miss. Stanislaw could be really good on one map, then garbage on the other.  Now that he has a team that only continues to get better, it will be easier for him to establish himself as a promising player . 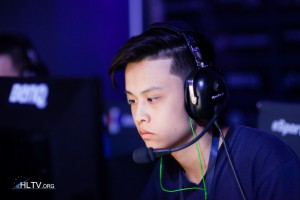 Stewie2k has been one of the fastest upcoming players to catch up to high tier North American teams.  With almost a year of experience under his belt, the only two things he currently lacks are LAN experience, and a team.  He does have 2 LAN’s under his belt, but in none of them he could shine in. He is an explosive player, but what most likely turns teams off, is his ego.  Most recently, he ditched his team for some reason at a LAN.  Not much detail is out about this, but all that is known is that he left his whole team out to dry at the America’s Minor qualifier.  His teammate, Peter “ptr” Gurney, publicly called him out on Twitter, but then later deleted his tweets.  Stewie2k’s only response was that “a new home awaits”.  A week has passed and he hasn’t been picked up by a team. 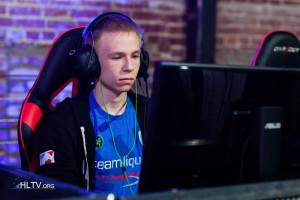 EliGE joined the NA scene by starting out on a lower tier team, SKDC.  After a short run with Team eLevate, he was signed to Team Liquid, to replace NAF-FLY, who was leaving.  On Liquid, EliGE emerged as one of their best fraggers.  His biggest moment yet is when  Liquid 2-0ed Virtus.Pro at ESL San Jose, in which he shut down VP on Mirage.  You may think it’s strange why EliGE is on the list, since he really isn’t “Upcoming”.  Personally, I think he is the best fragger in North America, if not, one of the best.  He is very young and is slowly getting more and more experienced at LAN events against European teams.  With more experience, he will only continue to get better and better.

All of these players are a part of a new generation of North American Counter-Strike players.  They have extreme passion and ambition to win.  They want to make North America respected again, as it was in CS 1.6.