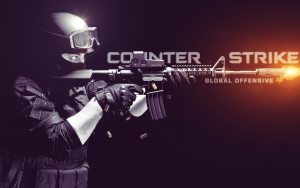 2015 was a spectacular year for CS:GO fans. We have seen the rise of Team Solo Mid and the fall of the Ninjas in Pyjamas. Virtus Pro was once again able to proof that they are a top four team with multiple top finishes.

EnvyUs suffered from internal problems and with the exchange of Smithzz and Shox for KennyS and Apex from Titan got back to old form and closed out a really impressive year. Fnatic had arguably the best year with two major wins. Team Kinguin started slowly but shined after moving to G2 and picking up Dennis and Jkaem, crowning their year with a stellar 3/4th place at Dreamhack Cluj-Napoca. Cloud9 picked up fREAKAZOiD and Skadoodle and managed to grab three consecutive second-place finishes.

Hundreds of frag movies were released throughout the year and these ten were probably the best. They let you relive some of the greatest moments of 2015 and show once again that CS:GO keeps on growing.