There’s guides everywhere talking about the strategic aspects of multiplayer games but there’s one thing that is not commonly mentioned and that’s communication and your own personal mindset. Communicating with your teammates is an integral part of the game and while it may seem like it’s a super straightforward thing to do there’s lots of players that ‘get it wrong.’ In this guide I’ll attempt to learn you a thing or two on how you can get your communication with your teammates on point, as well as some words on how to maintain a positive mindset.

In this article I will be using Overwatch for my examples. The advice in this article is applicable to every team based game though. 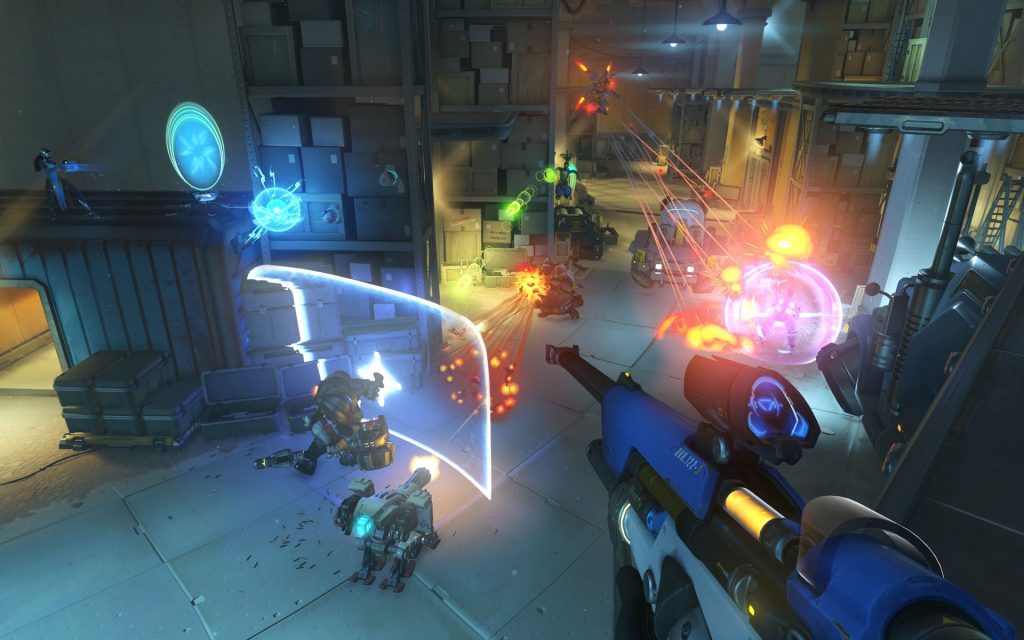 This is a fact. Even if you are playing against a team that is slightly better mechanically you can squeeze out a win if your team communicates better. One quick sentence can mean the difference between a win and a loss. Imagine it’s your team’s final push for the point on Anubis. Your Zenyatta has his ult ready but just as the teamfight is starting a Reaper drops down on him. In situation A the Zenyatta player makes the call on his/her mic causing a friendly Zarya to shield him, thus ensuring Zenyatta survives. The fight continues, the enemy team pops Nanoblade, and Zenyatta can counter it by using his Transcendence, ensuring that his team stays alive and caps the point.

In situation B the Zen player stays off the mic. The team notices the danger too late, Zenyatta dies, the team gets wiped by Nanoblade, and match is lost.
Now this is obviously just an example I came up with off the top of my head, but it should be obvious that communication is one of the major keys to victory in team based games. It’s of massive importance in games like Overwatch and CS:GO (and these are just two of the most popular examples) so it’s vital that you learn how to do it properly if you really want to improve.

How to communicate effectively

Note: If you queue up with some friends make sure to also be in the match voice channel. Nothing is more frustrating than queuing up with a premade team that does not communicate to randoms at all.

Without a doubt the first thing you have to do is get on your mic. If you don’t currently have a headset or microphone/headphones combo you can check out what headsets the pros are using here and if you’re not interested in that you can also check out the average consumer’s favorites.

Sure, you can use the default communication buttons or try to type but just common old speech is still the best thing to do. If you get killed by a flanker that’s sneaking up on your team with his ult ready then your team might already be dead before you’ve typed it out. Again; this could mean the difference between a game winning push or your team getting decimated before they even reach the point.

Some people are shy or afraid that they’ll get made fun of when they hop on the mic but if you communicate valuable intel in a professional manner that is rarely the case and even if some people act like knobs they’ll quickly shut up once they realize your calls are helping the team.

Just hop in voice chat and greet your team before the game. A simple ‘hi team’ can often encourage others to start speaking up as well. You’ll also find that after a while you will become more and more comfortable with communication through your mic, until the point where it’s just second nature. So speak up guys, even if it feels uncomfortable the first few times.

Keep it simple, specific and easy to understand

Once you’ve gotten yourself a mic and the will to use it you need to learn how to use it properly. The ingame voice chat is not some kind of virtual pub. Fun and banter is allowed, obviously, but refrain from going on long monologues about what happened at work yesterday or things like that. If you’ve joined a game along with some friends and want to talk about your personal lives then do so in a private Teamspeak or Discord server. Keep the match chat (mostly) to match specific things.

Once you’re in the match and talking it’s vital that you keep the ‘clutter’ to a minimum. Maybe you got killed by some bullshit random Hanzo arrow and maybe that’s frustrating, but vent that on your own. No one in the team will benefit from you screaming about Hanzo’s tree sized hitboxes for twenty seconds so try not to do that. Instead, just call ‘Hanzo on saloon, he has his ult ready’ or something like that.

KISS stands for ‘keep it simple, stupid,’ so remember to KISS. Try not to crowd voice chat either. Lots of people have the bad habit of repeating their callouts for a seemingly infinite number of times and while it’s fine to repeat a callout in a hectic situation to make sure everyone’s heard it it’s not helpful if you keep yelling it over and over. Voice chat can sound like a chicken coop real fast if everyone is just screaming the same things over and over and that’s not beneficial to your team’s communication at all.

Know what you’re talking about

Another handy thing to do is watch some streams or look up some images to learn the most popular map callouts. Lots of players still make callouts such as ‘enemy coming to the left!’ or ‘enemy behind that one thing behind that one door’ and then find it surprising that their team has no clue what they’re talking about. Keep your callouts specific and easy to understand. ‘Widowmaker on hotel balcony’ is way easier to understand than ‘sniper in the big ass building to the right on the ledge thing’.

Learn when to take the lead as well. You don’t have to be the shot caller every game but if no one is speaking up and you’ve got a plan then just let your team know what that plan is. No one will hate you for trying to take the initiative and quite often teams benefit from having a clear and unified direction.

The reverse is true as well. If there’s someone on your team trying to seriously make the calls then let them. You can obviously give your own input or speak up if you think you have a better plan but don’t say silly stuff such as ‘who made you the leader?’ or the likes. Everyone on the team has the same goal, which is winning, so people who try to take the reigns should be applauded, not flamed. Not everyone has it in them to ‘be a leader’ so there’s no shame in just listening to the plans of other players and limiting yourself to important callouts or some valuable input every now and again either though.

So to sum up; keep your callouts short, precise, easy to understand, and leave your emotions out of the server. 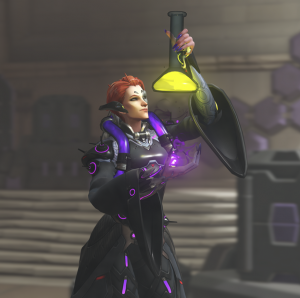 Make sure you’re sure

If you’re calling something out you need to make sure that what you’re saying is actually true. If you’re scoping out a certain part of the map (let’s say ‘hotel’ for this example) and you call out ‘no one hotel’ you have to be sure that there’s actually no one there. If you only see a part of hotel or you’re not entirely sure whether or not there’s an enemy hiding in there you should say something like ‘I think there’s no one hotel’ or ‘hotel seems clear’. If your teammate uses your ‘hotel clear’ callout to rush in there to heal himself without checking corners and there is someone there your call could’ve caused an unnecessary death.

Getting along with your team

Communication isn’t all about what you say and how you say it. It’s also about responding to your teammates (and enemies) in a correct manner.

Obviously when you’re not in a full premade you can’t choose which types of people you’ll get in your team. A wide variety of personality types play these games and so you’ll probably not become best friends with everyone you’re matched with, but it’s important to not ‘get triggered’ too easily. Not every bit of criticism is a direct attack at you personally.
If someone asks you to switch heroes it’s probably best to first ask yourself if the person might have a point instead of resorting to a defensive response.

Obviously you shouldn’t condone personal attacks or flaming, but in a stressful and competitive environment there’s not always time to write up an entire paragraph on why someone is better off switching to a different hero. So you should be open to (constructive) criticism. Assuming that every player who’s giving you criticism is  automatically ‘flaming’ or something like that won’t help you or your team.

Another critically important thing is to avoid dragging your team down into a negative spiral. If one person on the team starts bitching then it can quickly spiral out of control. A bunch of unhappy and tilted players will never play to their full potential so it’s important that you avoid that situation. Don’t start ragging on the bottom fragger or the healer (or any other players for that matter) if they’re not performing up to par. Everyone has off days or bad matches, even the best players in the game. If players are not performing well enough chances are they already know that themselves. The last thing they need is some random that keeps hounding them for their performance. 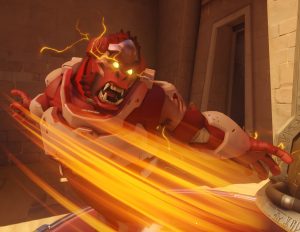 Got your ass handed to you in the first half of a match? No problem, comebacks are always possible. You’ve seen it on live streams and you’ve probably had them yourself so you know a match isn’t over until the final point is scored. Be gracious in defeat though, as well as when you win. Joking around and taking verbal shots at each other has been part of online gaming for as long as it has existed but if you type ‘ez’ after just getting a win by the skin of your teeth then you’re just making a fool out of yourself.

It doesn’t hurt to say ‘gg wp’ (‘good game, well played’) after a game (even when you’re fuming on the inside) or ‘good round’ when the half is over, or to congratulate your teammates/enemies when they’ve had a good game. Spread some positive vibes and you will often start to feel more positive yourself. Avoiding the infamous ‘tilting’ for both yourself and your teammates is another crucially important aspect of gaming.

Some of these things might sound super logical to some of you but in my 10+ years as a competitive gamer I have noticed that there’s still tons of people who don’t know how to properly communicate. Communication is such an important part of competitive team based games that I feel like this aspect of the game should be given more attention and that’s why I have made this guide. The most important things to take away from this one are to keep it simple, avoid flaming and most importantly to get on your mic. Take this advice to heart and you’ll see that once you up your comms game you will find it way easier to win tough matches. Good luck out there!

If you’d like to see more of this kind of content in the future or have something you’d like me to write a guide about then don’t hesitate to tell me on Twitter or in the comments.